“Nobody had the energy to bury the dead. Gravediggers were to weak

to hack holes in the frozen ground. When someone died, the corpse

of the cemetery. Army engineers, summoned from the front,

dynamited pits for mass burials. And sometimes the authorities

discovered that the bodies had pieces of flesh carved from them.

or memoirs. But there were numerous reports from Russian sources

indicating that hunger finally drove some Leningraders to cannibalism.

According to the reports, it was practiced on the dead at first.

Then there were cases of murder for food by starvation-crazed people.

Finally, there were reports of human flesh being sold. Soldiers, the

best fed people in the city, reportedly were killed on their way home

from the front. They started going about armed and in groups.

One rumor had it that children were beginning to disappear, and

parents kept their youngsters off the streets. Other stories spread

that gangs of well-fed cannibals roamed the city; the stories added

terror to all the other anxieties. Anyone who looked healthy was

under suspicion–as were the little meat cakes that could still

be bought for enormous prices in the black market.”

“Nobody knows how many people perished that winter in Leningrad.

The official total is 264,ooo. But this figure was laid down during the

Most Western scholars believe that the number of deaths from

starvation during the entire siege exceeded one million, and that

By contrast, the United States and Britain together suffered fewer

The population of Leningrad at that time was around 3 million.

“Our people were ignorant of the most essential economic questions,

an ignorance which was the product of interests  which always wanted

to keep the people uneducated. Why was it so? Because only in the absence

of political and economic consciousness could the government do  the

things it did here, maintain the demagogy which always existed here

to the life of the people as economy is.”

Spoken on September 17th. 1959, it is as relevant a thought today

in this country as it was then on that day in Cuba.

Has anyone noticed that everyone is out of step, but Johnny?

North American Continent, and as you head South there are

countries  on the Isthmus which join with many countries

on the South American Continent in being out- of- step with Johnny.

Continents out- of- step with Johnny. If you go West, Australia,

a country and a Continent, is sometimes  in- step, sometimes out

country called The Philippines, clearly out- of- step and rightfully so

in my opinion, that joins more than one country on the Asian Continent

in being out- of- step with Johnny.

As for Antarctica, the facts are inconclusive but it has been observed

I like analogies, who doesn’t, I like to make analogies,
who does not? Here’s one comes to mind.
“Sisyphus, son of Aeolus and king of Corinth who,
for his avarice and treachery, was condemned in the
underworld to roll a huge rock uphill which, upon
reaching the top, always rolled to the bottom.” Websters.
Then you have the military-industrial complex, who have
been rolling stones up and down Afghanistan’s mountains
for what is it, how many years?.
However, unlike Sisyphus, these war-meisters do not feel
condemned for their avarice and trickery, rather they
laugh all the way to their respective banks or generalships.
We are the condemned, I who write this, and you who read it.
Islander.

thousand young Americans to their death in Vietnam, and for what

thousand young Americans and still counting to their death in Iraq

and Afghanistan?, give me a break.

Will Americans  give a rats ass when their government declares war

on Iran or Russia?, of course not.

oil spill  in the Gulf of Mexico that devastated the Gulf  states?,

get out of here.

pipeline deal goes through?, and it will, nah.

retailers out of business, thereby destroying much of the middle class

and affecting millions  of workers making a decent living, not to

mention their families while one family makes billions?, that’s a joke.

to the poorhouse?, it is to laugh.

Do Americans give a rats ass that federal and state governments

are abrogating their civil liberties as I write, duh, what did you say?

incarcerated for many years for petty crimes? ho- hum.

and is running roughshod over the rest of the world? I think not.

Strikes me that Americans don’t give a shit about anything, but let

me tell you something, I think one day they will wake up from this

do give a shit.

P.S. Wrote the above about two-three years ago, just getting around

to discuss the Constitution of the United States?

I dare say you are asking too much.

Has the thought ever occurred to you that whatever you do

and I mean do, the fucking ant at your feet

could not care less? You know, a fucking ant!

“He who scrawls on shithouse walls,

rolls his shit in little balls,

and they that read these lines of wit,

eat these little balls of shit.”

Author unknown, but like Kilroy he certainly got around.

I’m quite fond of analogy and the above quote

reminds me that many politicians speak nothing

but shit, and too many of us who listen to it

fucking eat it up. 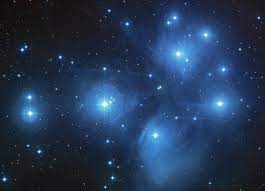 “The pebble drops in the source water of the shallow

stream. Its course is deflected. It goes down this valley

instead of that; it meets streams from these mountains

instead of those; in a now unavoidable compulsion the

creek must eat its way through sand and thorny areas

and never know the rich verdure a few miles away.

A certain sort of river, composed of certain elements,

arriving by a certain route, flows at last into the eternity of the sea.

It is all one to the sea, but who can say that it is a matter of indifference to the river?”

Profound words, when I read them the thought came

to mind that perhaps they help in explaining me to myself. Do they speak to you out there?, I would not